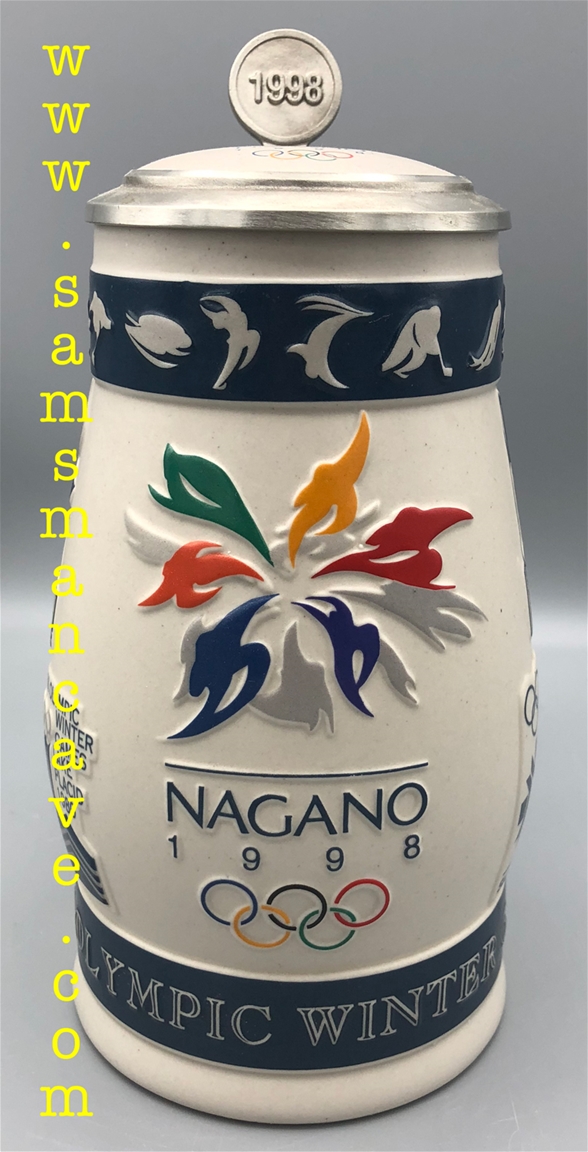 Other products by Anheuser-Busch Brewing

﻿This commemorative stein is a tribute to the 1998 Olympic Winter Games held in Nagano, Japan. The stein is highlighted by the colorful official emblem of the Nagano Games, the "Snowflower." Official logos from past Olympic Winter Games venues are featured in relief on each side of the stein, and the official pictograms of the Nagano Games appear around the top. 8" tall. Made by Ceramarte of Brazil.